Romagna and motor vehicles: the beloved couple is back again to fire plenty of enthusiasts flocking there to attend the eleventh stage of the most hard-fought World Championship of the last years taking place there during the last August week.
Misano World Circuit is a fully renovated thrilling technical circuit where local pilots Poggiali and De Angelis will challenge the stars from Romagna: Loris Capirossi, Andrea Dovizioso and Marco Melandri, Moto GP; Mattia Pasini and Marco Simoncelli, 250cc.
Even a month before the great event in Misano, the fans of Valentino Rossi are ready to acclaim the multiple Moto GP world champion getting his own back: the pilot from Pesaro never won on this circuit which last year cost him the World title: left from the second place, he stopped at the fifth lap due to an engine failure of his M1, Fiat Yamaha Team.
The winner was the Australian Casey Stoner, who led by 85 points and won easily, giving Ducati the much-desired World Title after 33 years.
The appointment with MotoGP is the result of a close collaboration among the Republic of San Marino, the Province of Rimini and the ownership of the Circuit, aimed at turning an international sports event into a real tourist product to be exported all over the world thanks to the outstanding accommodation facilities the Riviera boasts and the renowned warm hospitality from Romagna.
The Misano kermess will be followed by a rich programme of events taking place along the Riviera Romagnola, to give people the opportunity to spend a whole week based on Motors, sea and fun at reasonable prices.
The tickets to attend the Misano Moto GP can be bought at the Santa Monica Misano World Circuit (tel. +39 0541 618511) or at the ticket one counters.
Adria.Net displays the best offers to stay along the Riviera Romagnola, as well as advantageous family plans and special promotions for motorcyclists and the lovers of this sport. 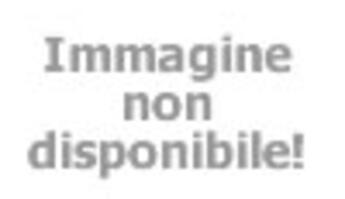 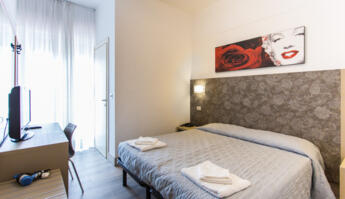